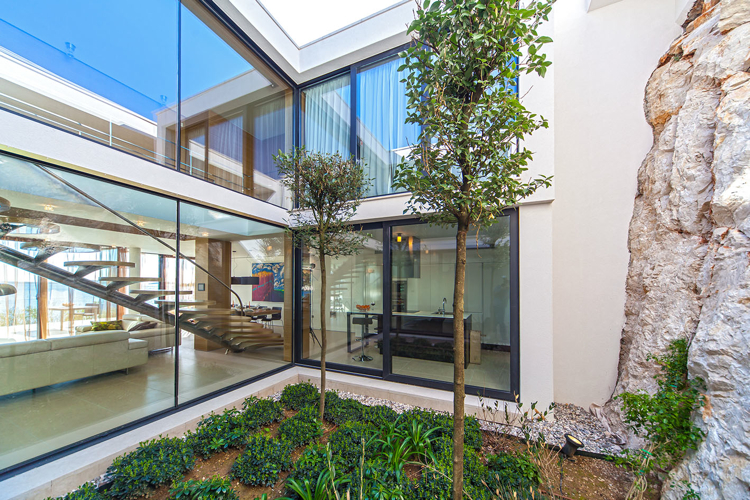 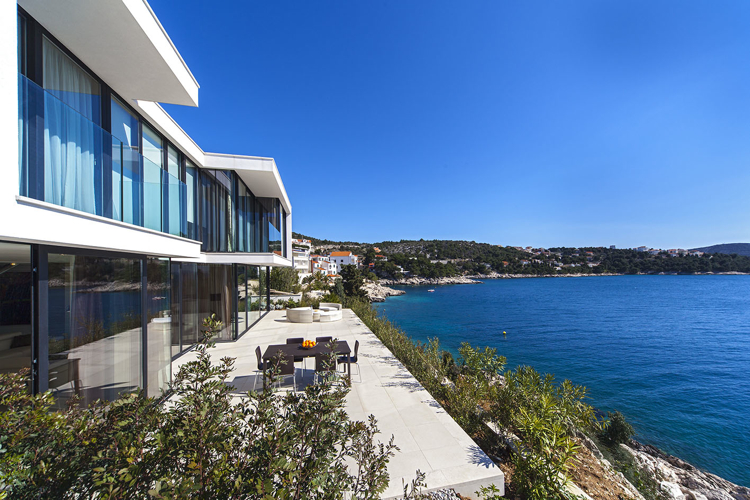 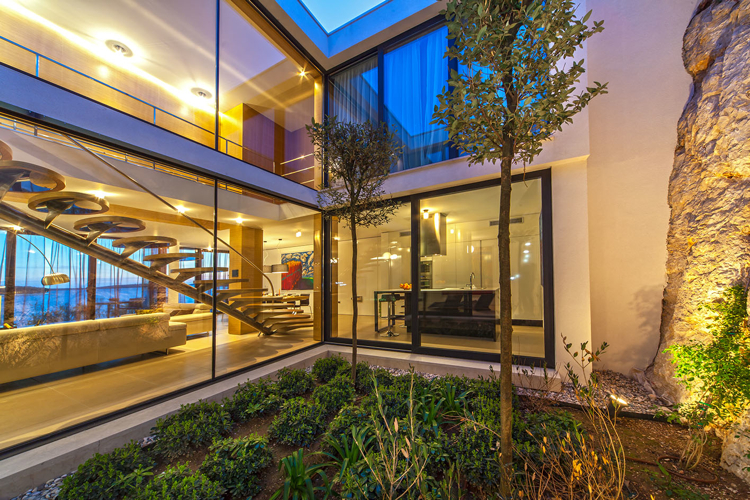 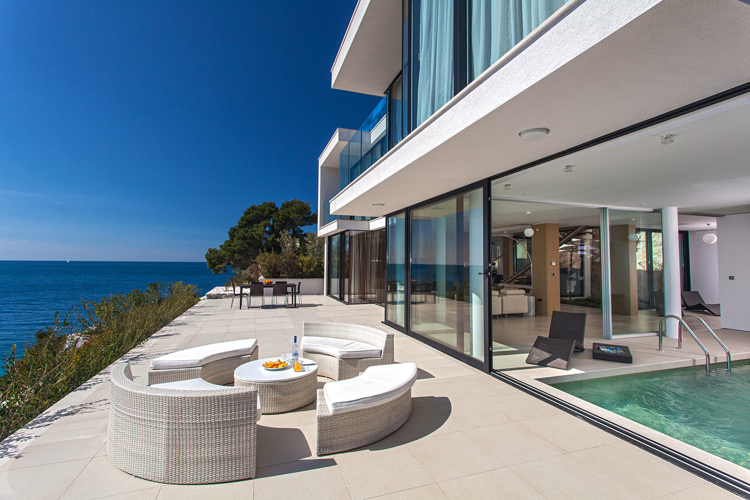 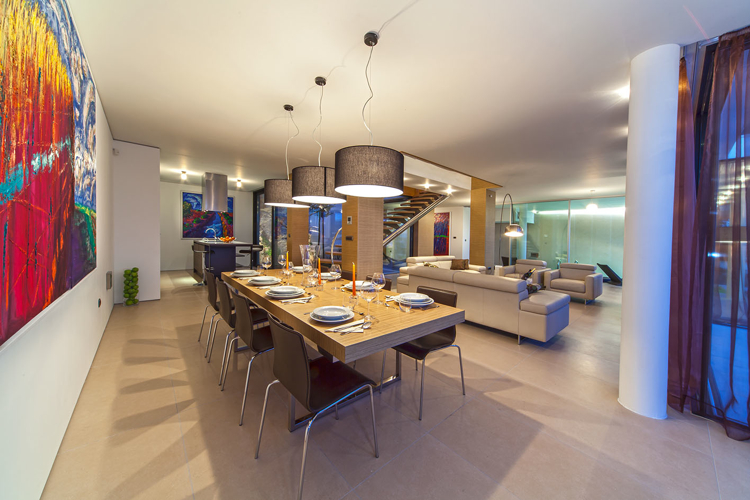 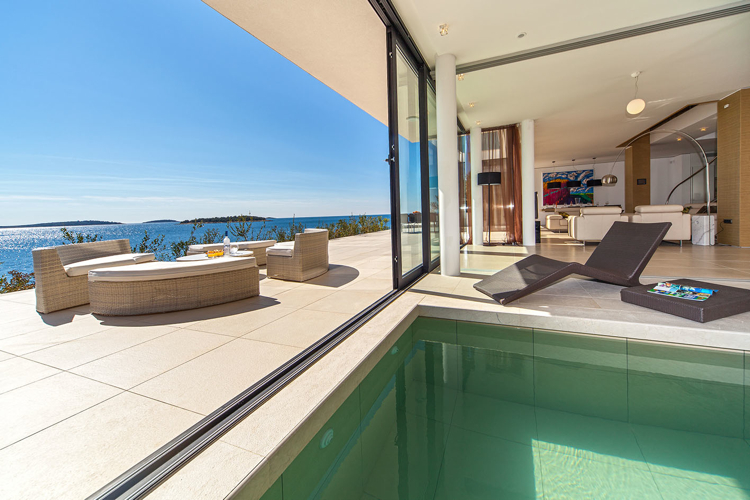 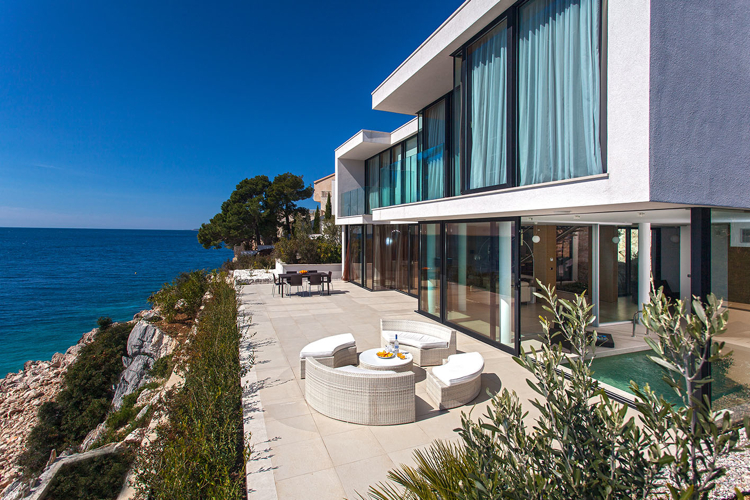 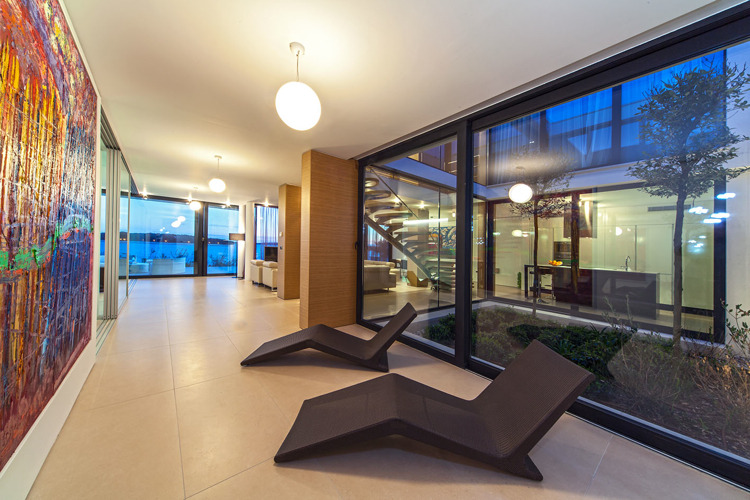 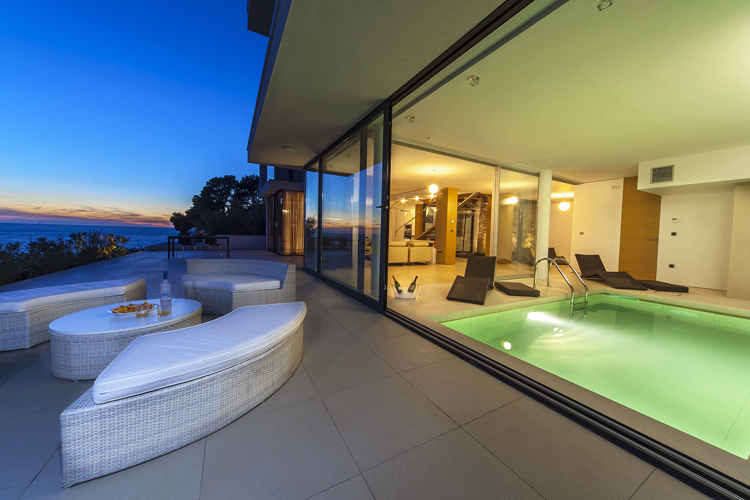 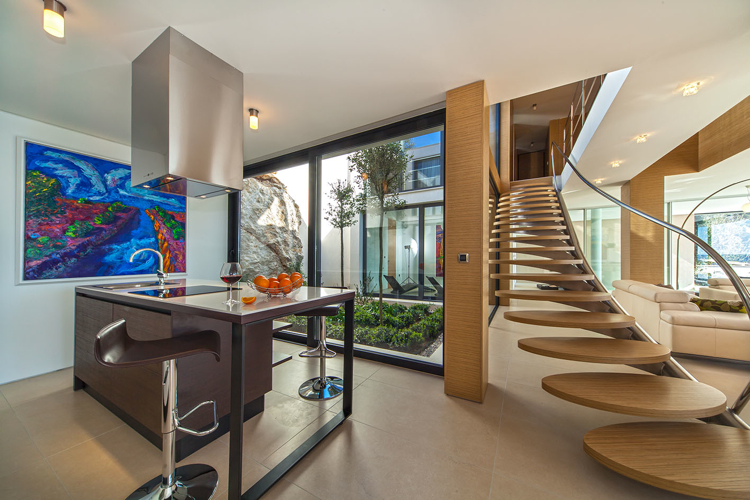 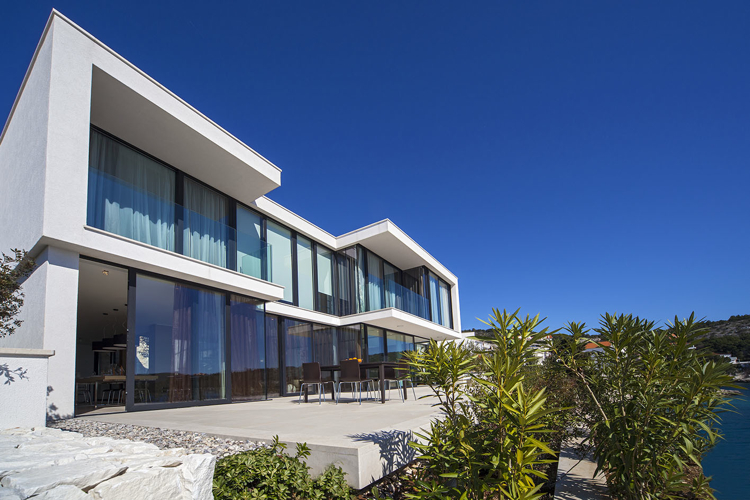 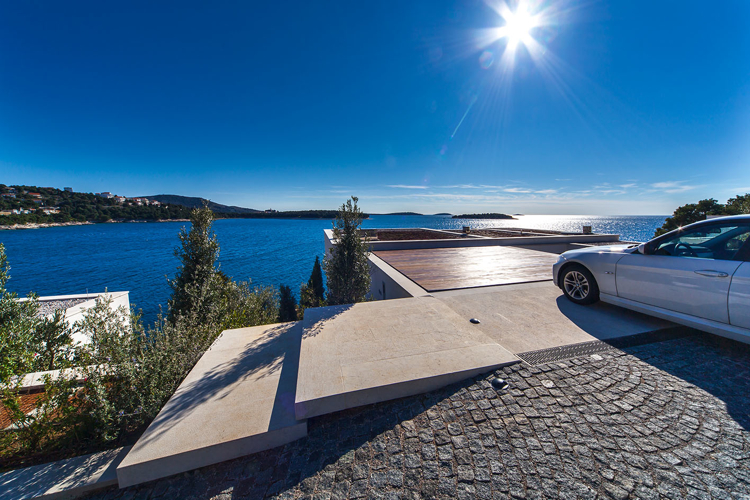 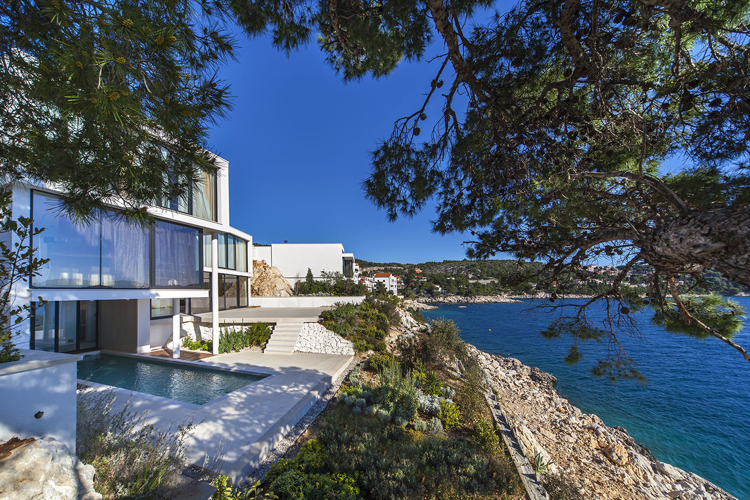 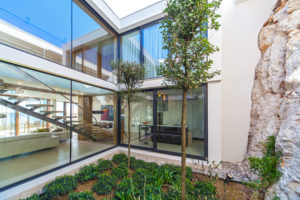 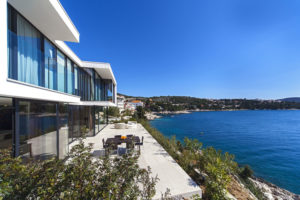 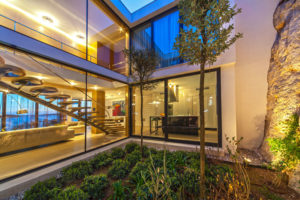 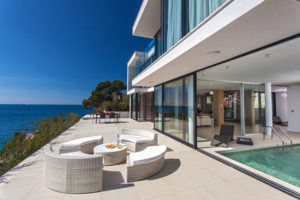 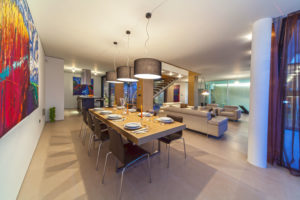 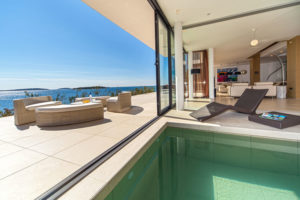 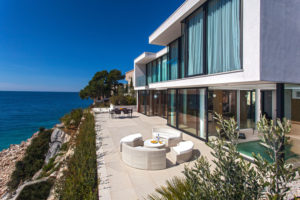 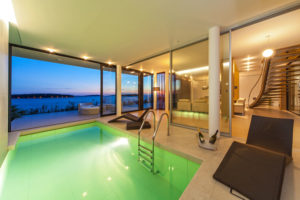 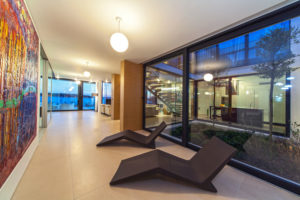 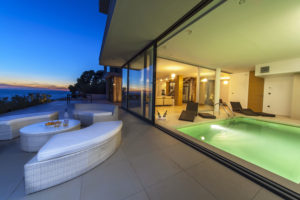 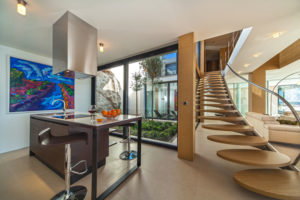 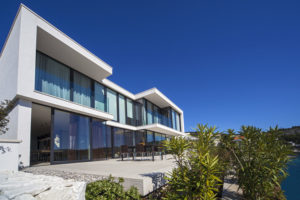 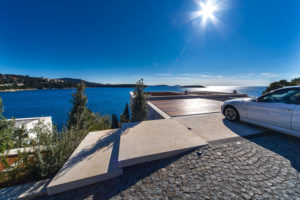 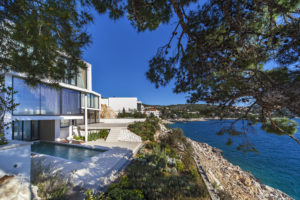 The complex can be reached by the main road about 1,5km before entering Primosten from the northwest. Access to the sea is possible on three sides. There is a walkway next to the sea that brings you to the center after a 5-10 minute walk.

The view from each part of the facillity and especially from the living rooms and bedrooms looks into a beautiful bay with a peninsula, and a small island in the center. All the views are breathtaking.

Each of the seven villas is separateto itself and has a garage for two cars, three or four bedrooms with bathrooms and terrace a kitchen diningroom and a living room with terrace. It also has a swimming pool that is located partly within the facility itself and partly outside of it. Extra features next to the pool that buyers may choose include sauna and a fitness area. The villas have usable space of about 370m2. The two upper villas are designed in a way that one has three and the other has four apartments. The lower apartments in these villas have two floors and an area of about 100m2. The apartments on the highest level of one of the villas has about 100m2, while the other villas two apartments of about 55m2 each.

The architect have devoted particular attention to the position of the complex which gives exlusivity to each individual unit without separating it from the others because the view from each is unique. The green roofs of the units create the impression of a garden for the unit behind it. The villas are adapted to the configuration of the terrain in a way that are partially dug into the terrain with a green atrium at the rear of the villa, making a unique link between modern architecture and a Mediterranean ambience.

We use cookies to ensure that we give you the best experience on our website. If you continue to use this site we will assume that you are happy with it.AcceptRefuse